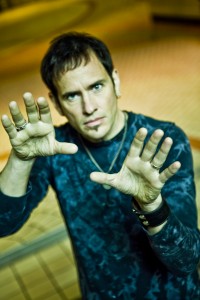 Michael Duff is the singer and guitarist of Chalk FarM. Originally called “Michael Duff & Chalk FarM” while a Trio (with Orlando & Toby), the band picked up lead guitarist Trace Ritter and dropped Duff from its name. It’s a give-and-take type of affair!

Originally from Massachusetts, Duff and his family moved to the Syracuse, NY region for his High School years. Graduating from Cicero High School, Duff went on to attend SUNY New Paltz to study Photography and Marketing, and where he was recently inducted into the school’s Sports Hall of Fame for his Soccer and Volleyball performance.

Playing guitar and singing began early, lip-syncing to records for family and friends in the neighborhood and eventually writing his own songs. Music took a back seat to sports for the few final years in MA, but when the family moved west to Syracuse, he found the guitar an easy friend.

His debut performance was at the St. Rose of Lima Catholic Church in North Syracuse, NY, during his sophomore year, singing “Little Drummer Boy” at a Christmas Midnight Mass. Duff was hooked after this and spent the next few years performing at Church, coffee houses and anywhere else an under-aged performer could play.

College brought more performances and an acceleration of writing and guitar. Cover bands helped with both as well as the experience and influence of other players.

After College, Michael lived in Levittown, Long Island, where he performed more and more until his employer, Marshall Amplifiers in Westbury, NY, offered him his dream of moving to Los Angeles, which he accepted at once.

Landing in Hollywood in the days of Poison, Motley Crue and other glam rock with really big hair, Duff’s more acoustic rock style tried to fit in as best he could, playing in various bands in the LA scene. It was in one of those bands that he met Orlando Sims. After surviving a suffocating producer who said Duff would never sing in the band, he struck out on his own and started Michael Duff & Chalk FarM.

Within a year after hooking up with Trace, Chalk FarM was recording with Columbia Records and touring North America. in fact, one year to the day of their first gig with Trace, the foursome were in the studio with Matt Hyde recording “Notwithstanding.”

After a couple years of touring with the band and eventually leaving Columbia Records (you can read about that whole thing on the “About Us” page), Duff called it quits from playing altogether.

“It just stopped being fun.” says Michael. “I’d always said that I’d stop when it wasn’t fun anymore, so I did. Plus, my daughter was only 3 and I’d missed a good part of her life already. I figured this was a good point to get some Dad time in.”

The band broke up in January of 2000, just after the release of the Three 2s record on Duff’s own TIC Records imprint.

About a year later he had gone to Paris, France for a religious freedom rally to support his Scientology beliefs and some freedom rights that were being challenged there. “There was going to be a big concert, and I knew my friend David Pomeranz was going to be performing so I asked him if he needed a guitar player. He said no, but told me to bring my guitar anyway. I did, and as it happened someone on the bill had to cancel so they asked me to perform in that slot. And there I was, for the first time in years performing my own songs – on my own – for the few thousand people there, and a light bulb went on and I said to myself: That’s right! THIS is what I do!” 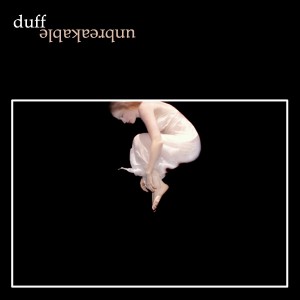 Duff spent the next few years collecting recordings ultimately becoming the Award-Winning “Unbreakable.” He recorded much of it in Nashville with many of Nashville’s finest studio players and co-wrote the songs with many award-winning writers. The work resulted in a Los Angeles Music Award for Best A/C Male Vocalist. “That was really cool.” said Duff. “Unexpected, but cool. In fact, I wasn’t even able to get into the hall the night of the ceremony to accept the award because the ‘Security’ was so overblown and it was generally an unorganized scene that half of the people who were supposed to be inside got stuck outside. So my wife and I went to the movies.” 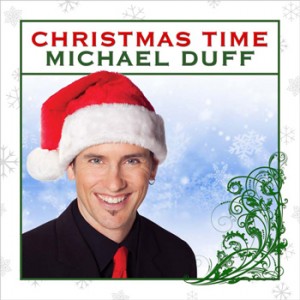 He recorded a Christmas CD entitled “Christmas Time with Michael Duff,” a reaction he says to the live Benefit Christmas Variety Show he has been the Musical Director for for the past 8 years in Hollywood. “Christmas songs are so great. I’ve sung a bunch of them in the show, I just thought it was time to record some.”

Duff has performed in places as far and away as Russia (Moscow & St. Petersburg), Tokyo, Germany, London and all over the U.S on his own. Most of these performances have been solo acoustic. And he had been thinking about the “Old Days” in Chalk FarM when Trace called him and said “I just saw some acoustic show we did in Austin way back when. We should do an acoustic Chalk FarM show!”

And the ball began to roll.